Great drama and excitement unfold when a stash of Frances Hodgkins paintings ends up in the hands of a Parisian gallery owner who has never heard of the artist. A female Auckland art gallery curator is determined to get them back to New Zealand. She dashes over to France, and uses all her feminine wiles and cunning to extract them from the Frenchman.

Like a painting emerging on the canvas as the artist’s brush strokes cast their spell, the play reveals itself as a rich and humorous blend of human drama, historical documentary and social satire. John Smythe, theatre critic, Theatreview

As the play progresses, Frances is seen in a series of different relationships, all of which deeply influence her life and work.  She locks horns with her parents who do not understand her need to go to Europe; she is initially hostile to an English art dealer who wants to promote and sell her work, but he subsequently becomes a true friend; she establishes a loving relationship with her great friend and fellow New Zealand painter, Dorothy Richmond, and she is rescued from extreme poverty in London by an English friend and one of her students, Jane Ritchie.

Double Portrait: Finding Frances Hodgkins is designed to be presented in art galleries, and the play has been in great demand throughout New Zealand.

“The play uses “flash-backs’ and “flash-forwards’ throughout, always coherently, often opening out with music or dance to underline emotional states.  All three actors clearly relish embodying the discoveries made by Hodgkin’s as an artist and a person in this dramatic journey, as did the intent audience, which was made clear by their responses during the play and during the question-and answer session with the actors and director, which followed. Wickham Pack, theatre critic, actor

… a triumph.   The play deftly echoes the structure of the paintings as scenes slide and merge different times and changing situations, not necessarily in the order they happened, but rather as they illuminate and reveal the life of this fabulous artist.

This is an excellent production of a significant work by a strong New Zealand playwright. 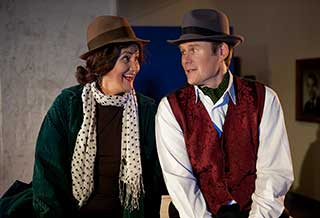 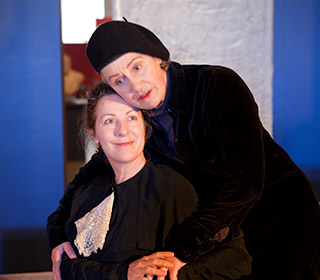 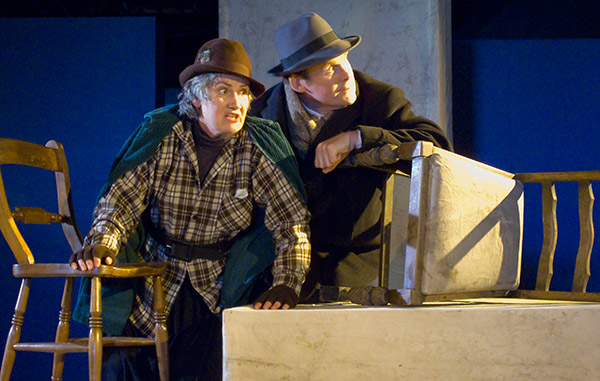 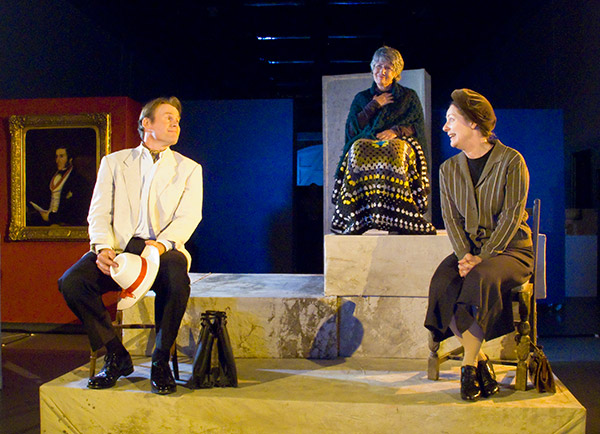 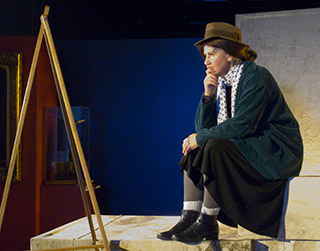 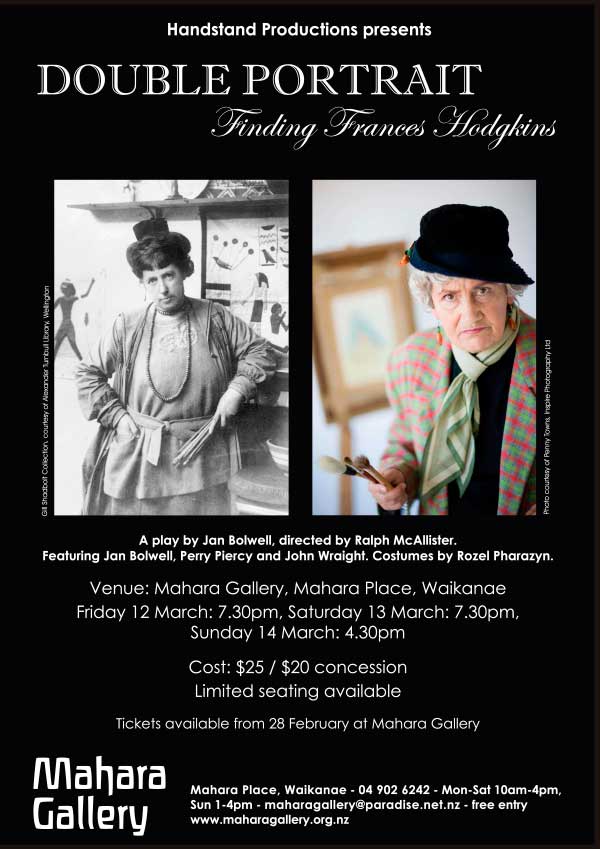